My name is Paul Webb and I and my family own Berry Farm that includes runway 08/26 and associated taxiways at Bovingdon. ( Our runway runs east to west, just north of the BNN V.O.R. )

Firstly we want to thank the hundreds of pilots who have already responded to our Appeal to Save Bovingdon Airfield, many who have supplied signed statements to confirm both landings & PFL?s over past years.

As we have been extremely busy during the past few months dealing with our Application to Dacorum Borough Council for a Certificate of Lawfulness and all that it entails, we have only just come across this item on the forum where [LegaleagleP1] is warning pilots to be wary of admitting T & G?s ( PFL?s, ) for fear of being accused of Trespass. Perhaps there may be some merit in this warning if circumstances were different, although we doubt it, but as we are fully aware of the facts concerning the freehold property that we purchased, we are able to assure any interested parties who have not already submitted evidence by way of a signed statement, and in many cases by way of a signed Statutory Declaration in front of a Commissioner for Oaths, if any other pilots wish to supply further evidence we hereby confirm & promise, we will fully indemnify, via our lawyers, and to personally pay all costs involved for past use if any stated evidence or use of runway 08/26, Berry Farm Bovingdon leads to any litigation or claims for Trespass.

For the record, we purchased Berry Farm in August 2009. The late owner, Mr. William Stanbridge had died some 10 years earlier. From that time up to our purchase the Executors of the estate were involved in legal action without success in an attempt to remove the person who had taken control of the farm without the Executors permission. The person remained in occupation of the farm and farmhouse until our purchase in 2009.

There is absolutely no risk whatsoever that anyone will be accused of trespass for past use and as this ridiculous suggestion has been posted onto the forum we can only suspect that someone is clutching at straws in an attempt to sabotage our Appeal and if so, this may be linked to the disgruntled neighbour who lost a battle over an unrelated issue and in retaliation made the original unjustified complaint to the Council about our flying, thus causing the need for a Lawful Certificate. We have already recently established with Dacorum that the airfield remains a legal airfield and we have now gained an overwhelming amount of evidence to prove continued use over the past 10 years and more. We therefore expect to receive a Certificate very soon.

We welcome further contact from anyone who has used runway 08 / 26 over past years. Whilst we now hold more than enough evidence to prove our case for a Certificate to be issued, we still appreciate receiving more evidence as this will be included in our overall evidence and all new contacts will be added to our database for future updates and notices.

It is no secret that there is some local objection to the continued use of our airfield for light aircraft but this objection is based on misinformation, no doubt in connection with the same source where the scaremongering has originated from concerning the above matter of trespass. It is suggested by certain parties that we have applied for Planning Permission to build a 2nd Biggin Hill at Berry Farm.

To clarify to all concerned, we have not applied for any Planning Permission and our Application for Lawful Use is exactly what it says, ?To continue with our established Lawful Use?.

We would like to build a Memorial and a small Museum at Bovindon to remember the thousands of Servicemen who passed through during the war years. Many who lost their lives carrying out dangerous air raids over Europe.
Bovingdon ( BNN ) was originally built as an R.A.F. Bomber Station. In April 1943 the station transferred to USAAF Command as a B-17 operational training base. USAAF Station No 112, home to the 92nd BG, B-17 Combat Crew Replacement Unit (CCRU), 11th CCRU, and 8th USAAF HQ Squadron. 154 Aircraft took off from Bovingdon never to return.

To sum up, we only have good intentions for all concerned and we want to live and work in harmony with the village. We purchased the farm specifically because of the airfield / active runway due to our passion for flying. We are responsible people and we hope in time, the few who are currently opposing our continued use will see for themselves we have no intention of doing anything detrimental to affect the village in any way other than for the good.
We have already returned the White Hart to a proper village pub, again, selling real ales and good food and whatever else we can do to enhance the area we will be only too pleased to do.
We welcome any questions and all emails will be replied to ASAP.
Sincerely yours,
Paul Webb. Email: savebovingdonairfield@gmail.com 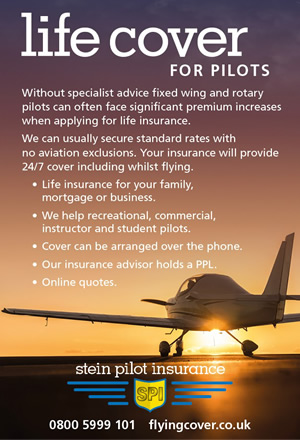