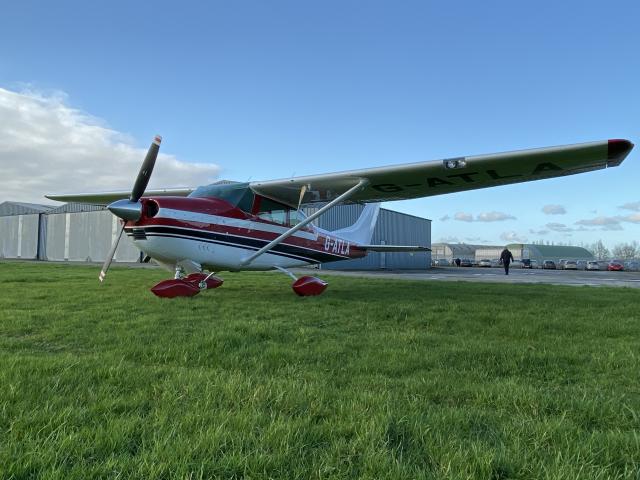 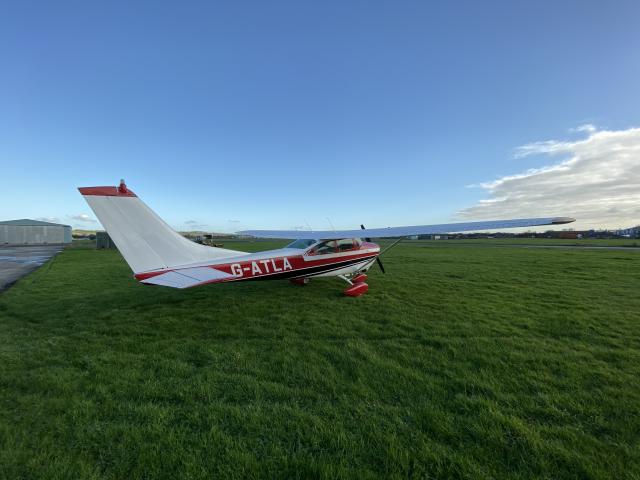 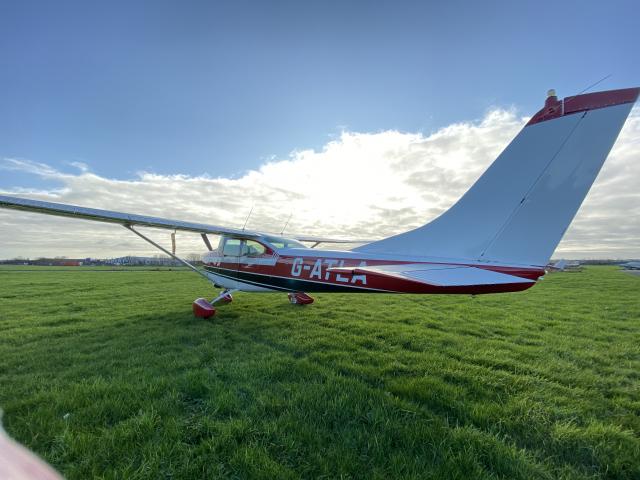 We are proud to exclusively offer this immaculate Cessna 182 Skylane. This aircraft, currently located at Henstridge Airfield in the South West of England and has been very well looked after having been operated privately by a professional couple over the last 20 years. Kept to a high standard LA has exceptional paintwork and a very clean & tidy interior.
G-ATLA benefits from having low engine and low airframe hours for its age and is without doubt an exceptional aircraft for the discerning aircraft owner, hour building pilot or syndicate ready to be flown away. 268hrs being flown since top end overhaul..
The Cessna 182 Skylane is American four-seat single-engine high-wing airplane of metal construction intended for recreational flying. Compared to the earlier C180, it is distinguished by its considerable cockpit spaciousness and better outward visibility. The 230-horsepower 6 cylinder Continental engine is equipped with a constant speed propeller. The maximum take-off weight is 1270 kg with a cruising speed of 125knt.